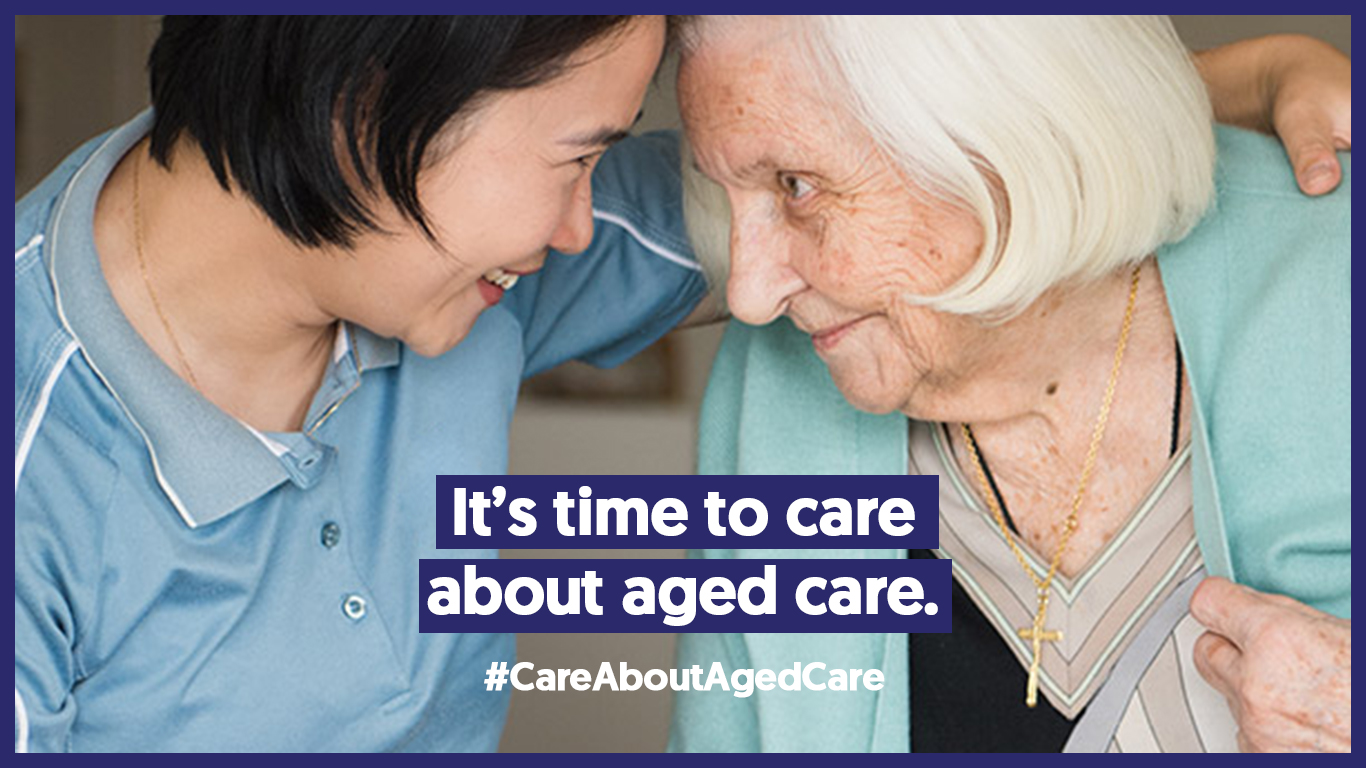 This is the theme for a campaign developed by the newly-formed Australian Aged Care Collaboration (AACC), comprised of Australia’s peak aged care bodies.

The following is an excerpt from the AACC 17 February Press Release:

“Australia’s aged care sector has this week united under one banner to demand that big-picture reform follow the recommendations of the Royal Commission into Aged Care Quality and Safety later this month.

Launching the ‘It’s Time to Care About Aged Care’ campaign, the new Australian Aged Care Collaboration (AACC) alliance is targeting key marginal electorates where more than 750,000 older Australians live, in an attempt to encourage the national Parliament to address the sector’s many challenges.

The AACC believes an overhaul of the design, objectives, regulation and resourcing of aged care is urgently required if Australia is to deliver the care and services older people need and deserve now and into the future.

Successive federal governments over the past two decades have failed to act on more than 20 independent reports highlighting the need for major reform.

The problem is clear. Australia devotes less than half of what comparable countries do to aged care (1.2% vs 2.5% of GDP). Denmark and Sweden allocate more than 4% of GDP.

The AACC represents more than 1,000 organisations who deliver 70% of government-subsidised aged care services to 1.3 million Australians, either in their own homes or in communal residential settings.

It includes not-for-profit providers, primarily church and other charity organisations, and a number of private operators, as a new single industry voice delivering quality care for older Australians.”

As a member of LASA, Samarinda is fully supportive of this campaign and its objectives.